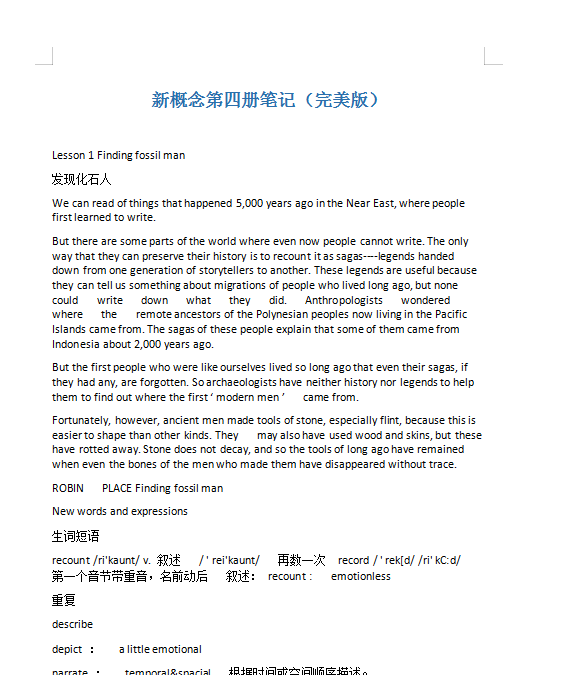 We can read of things that happened 5,000 years ago in the Near East, where people first learned to write.

But there are some parts of the world where even now people cannot write. The only way that they can preserve their history is to recount it as sagas—-legends handed down from one generation of storytellers to another. These legends are useful because they can tell us something about migrations of people who lived long ago, but none could   write   down   what   they   did.   Anthropologists   wondered   where   the   remote ancestors of the Polynesian peoples now living in the Pacific Islands came from. The sagas of these people explain that some of them came from Indonesia about 2,000 years ago.